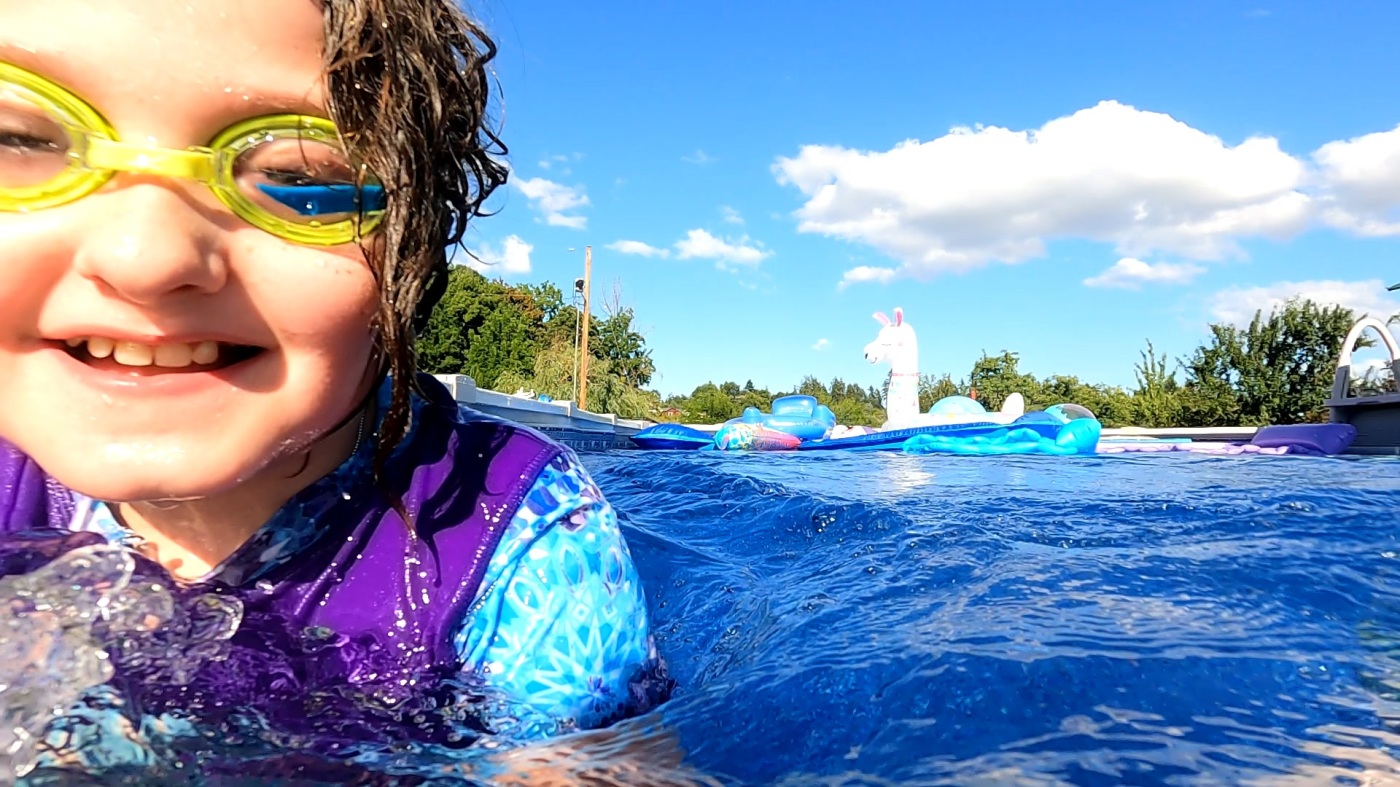 Thankfully..it was just a dream.

But at the time, it felt so real.

The anger, the rage, the heat radiating from my skin as my blood boiled.

The frustration, the tears, the corner they backed me into.

No matter how much they deserved it.

And boy would they have deserved it.

Whenever someone messes with your child – they deserve whatever is coming their way.

Even if it is just in a dream.

And that, my friends, is where reality and the dreamworld overlap.

Let me preface the rest of this story by saying that I already cut ties with any real people in my life that would ever put me in this situation.

The people that I have allowed to surround my kids in unconditional love – are hand-picked and vetted.

I will not allow anything that happened in my dream, to happen in real life. Full Stop.

So why did my brain take the worst possible case scenario and make me live through it?

Or was it my subconscious?

Either way, I tortured myself through a situation that would never happen.

America is falling apart. My dentist and I had a conversation a few weeks ago about just waiting for the apocalypse to happen.

That is not a normal small talk conversation. But we are exhausted.

When justice seems to come in the form of racist bias, and the racists that get off scot free just embolden other racists and homophobes and people who love guns more than children’s lives.

When adults are allowed to scream and cry about wearing masks show up at schools armed – terrorizing kids that know a lockdown like the back of their hand – something has to give.

Yet our politicians are lined with lobbying money that doesn’t actually help the little people, and the ones that haven’t been bought yet – can’t seem to figure out how to fight back.

America is on the edge of collapse. And I have never been more ready to pack up my life and head to Canada.

If our youngest wasn’t who she is – I might stay and fight.

But based on that dream last night – she will be the first one I grab and run away with.

As a parent – our number one job is to protect our kids.

As an American parent in 2021 – the consequences of failing our number one job because of the far-right – is reaching a tipping point.

3 weeks ago as my husband and I crossed the street to enter the Autzen Stadium for the final game of the season there, we passed by a couple of “god loving” hecklers.

With their signs about all the sins that people are committing these days, specifically the LGBTQIA+ community.

They were yelling things like “no one wants to stop and have a discussion with us, all of you just want to run off to a silly game.” Ok so I don’t remember what their exact verbiage was, but we have seen this group at every home game.

This was the first time they were trying to get a reaction out of the crowd by being loud and annoying.

One game that my youngest and I tailgated in the parking lot while daddy and Auntie were inside the stadium – she and I walked past this group after we dropped daddy and auntie off at the gate.

She doesn’t quite understand the LGBTQIA+ umbrella. Heck, I don’t even know if she understands that she is the T in that umbrella. She just knows who she is and it wasn’t the gender she was assigned at birth.

I had to prep her when we passed them a month or so ago. I told her to ignore them, that what they are saying isn’t unconditional love, and that with God’s approval or not – she is loved.

We aren’t religious by any stretch of the imagination. We believe in a creator. And the creator created E for a reason.

I know a lot of wonderful followers of God.

But the extremism that has begun to seep into every single inch of America – has become too much.

So while I told her to just keep walking past this group a month ago, I wanted so badly to interact with them when it was just my husband and I.

Thankfully, I needed to go to the bathroom badly, and there was a crowd between me and them.

E has been begging me to let her go back to school.

Right after I finally caved and reached out to start the process – either that afternoon or the next day – there was another mass school shooting.

Kids aren’t safe anywhere outside of their home anymore. And for some kids – even that is scary.

We may not end up re-enrolling them because of other reasons. But my heart hurts.

My kids cannot be kids.

As my breath catches in my throat and I swallow into nothingness, I never want to feel the fear I felt in my dream last night again.

I don’t even know how to put what my inner movie theater played – into words. I am just angry.

Angry because as much as I want to shake it off and say – just one of those crazy dreams where you lose all your teeth, or where you are falling forever and ever and ever – this dream has deep roots in reality.

And that’s what scares me.

Hoping it was just a simple nightmare after I forced myself to wake up, I questioned if this was a supernatural experience of being able to predict a moment in time in the future.

I don’t know how E and I ended up in the situation we ended up in. I think we were in a hotel of some sort. But how we got there – I couldn’t tell you.

I remember frantically scrolling through my photos to see if I could find that first picture of E when she was 18 months and wore her first princess dress.

I remember screaming that she has been consistent, insistent, and persistent for most of her life.

I remember watching the man with a big belly and a beard coerce my E into siding with him and his buddies.

I remember hearing when the man asked E if she was a girl and E’s scared reply that “no, I am a boy” as tears started flowing down her cheeks.

She is fine being called her given name at birth. But call her the wrong gender and I will do anything to open the gates of hell and push you through it. At least, my dream self would have.

I remember fighting with every ounce of my being to try and break free, but I was backed in a corner, held hostage by two men with guns.

I remember crying as the man brainwashed E into being something that she wasn’t, into someone she never was, as I watched from my prison on the opposite wall.

My parental anguish was left unheard, left to echo down the empty hallways.

I remember feeling like a freight train was barreling towards me full of onlookers who now called me a child abuser.

I remember being bound and determined to break free, give hell to whoever stood in my way from picking up E and running as fast as I could.

How dare people that do not know my child, force my child into a box just to fit their sick and twisted version of reality.

I was going to murder that big-bellied bearded man.

I broke free and I forced myself to wake up.

I woke up angrier than I had ever woken up before.

Because the truth is – as we watch Roe v Wade disappear; as we watch unhinged men and women arm themselves in the name of patriotism; as we watch adults scream and cry over wearing a simple mask to protect others – the truth is – the reality of having my beautiful transgender daughter ripped from my safe, unconditional arms – is quickly becoming a real possibility.

As red states start enacting anti-trans laws, us citizens in the blue states cannot be complacent. But you can only fight so much when your pleas for basic human rights – regardless of gender – goes unheard.

I woke up angrier than I had ever woken up before.

And NOTHING is being done to fight the extremists.

Us parents send our kids to school, wondering if today is the day they have a live shooter, or a group of armed crazy people stage a protest outside their school.

Makes sense that my dream world and my real-world fears collided.

As I walked downstairs, E was still asleep. I sighed as a deep sense of relief washed over me. And I knew that I will continue to fight like hell for her and others like her.

But, it is no longer if – but when – they come to call me a child abuser for letting my kid live her truth.

It is no longer if – but when.

I almost murdered someone this morning.

Thankfully..it was just a dream.

This site uses Akismet to reduce spam. Learn how your comment data is processed.